“The seriousness and gravity of offences involving racism and racial hatred cannot be over-emphasised. Employers are under a duty to provide a safe working environment and to protect all employees from harm, whether physical or emotional, whether they are black or white. An employer can be held liable for failure to take any action against its employees who are guilty of such conduct. South Africa is a country plagued by a history of racism and violence and social media plays a significant role in the incitement of racial hatred and violence. The power of such posts on social media inciting racial hatred cannot be undermined.”
Home Labour Fired for a Racist Facebook Post
0   
By McIntyre van der Post Labour Law News November 8, 2021

Here’s yet another warning from our courts to tread with extreme care when posting anything online. Social media channels (particularly it seems Facebook) are favourite arenas for insults, threats and incitements to hatred and violence.

“Think before you post” is the only safe option here. Misusing social media unlawfully is dangerous for anyone and at any time – a damages claim for defamation or a subpoena from the Equality Court could be the least of an offender’s worries.

When it comes to employees, the spectre of summary dismissal will always loom large if any form of racism or other serious misconduct is involved.

• A “general worker” with 10 years’ service in a high-profile company with a multicultural workforce posted a comment on the Eyewitness News Facebook page that all white people must be killed (“Whites mz b all killed”) and was charged at a disciplinary enquiry with two offences:

• Found guilty on both charges, he referred a dispute to the CCMA (Commission for Conciliation, Mediation and Arbitration), alleging unfair dismissal. It was at this stage that he changed his story to admit that he had in fact made the offending Facebook post.

• The commissioner ultimately upheld the dismissal as both substantively and procedurally fair, a decision taken on review by the employee to the Labour Court.

• The Labour Court dismissed the review application, finding firstly that even if the employer had had no disciplinary code in place “any employee would know that it was an extremely serious offence for a member of one race group to call for the killing of all members of another race group.” In any event, the employee had in fact been trained in the employer’s disciplinary code, and that prescribed dismissal for the offence of racism.

• The employer had a duty to protect its employees from racist misconduct and had “consistently charged people for offences involving racism. The last employee that had been dismissed for racism was charged and dismissed for using the “K” word.”

• It was irrelevant that the employee had made the Facebook post outside his workplace and outside his working hours as “it is the attitude that persists which, when on duty, affects the employment relationship.”

• He had also exposed his employer to a risk of reputational damage and had acted contrary to its interests as per the second disciplinary charge. 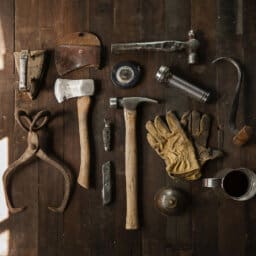 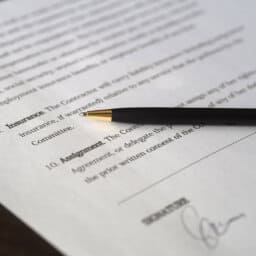 “Moonlighting” is the practice of employees boosting their monthly income with a “side-job” or “side-business”. It has been a feature…